In some cases, application of pressure can improve the as-grown X-ray diffraction quality of protein crystals. This is presumably a result of increased pressure favoring a more ordered packing of the molecules in the crystal, i.e.reduced lattice disorder.

In the endosomal sorting protein snf7, limiting resolution improved from 2.4 to 1.6 Å.  This was accompanied by a dramatic reduction in unit cell dimensions due to a shape change of the protein molecules which resulted in tighter packing (an unusual effect; generally unit cell changes are more subtle). (Tang et al., eLife 2015 Dec 15, e 12548).

In lpg1496, an effector protein from the Gram-negative bacterium Legionella pneumophila, HPC at 350 Mpa resulted in improved resolution (~2.4 to 1.45 Å) and a large decrease in mosaic spread. 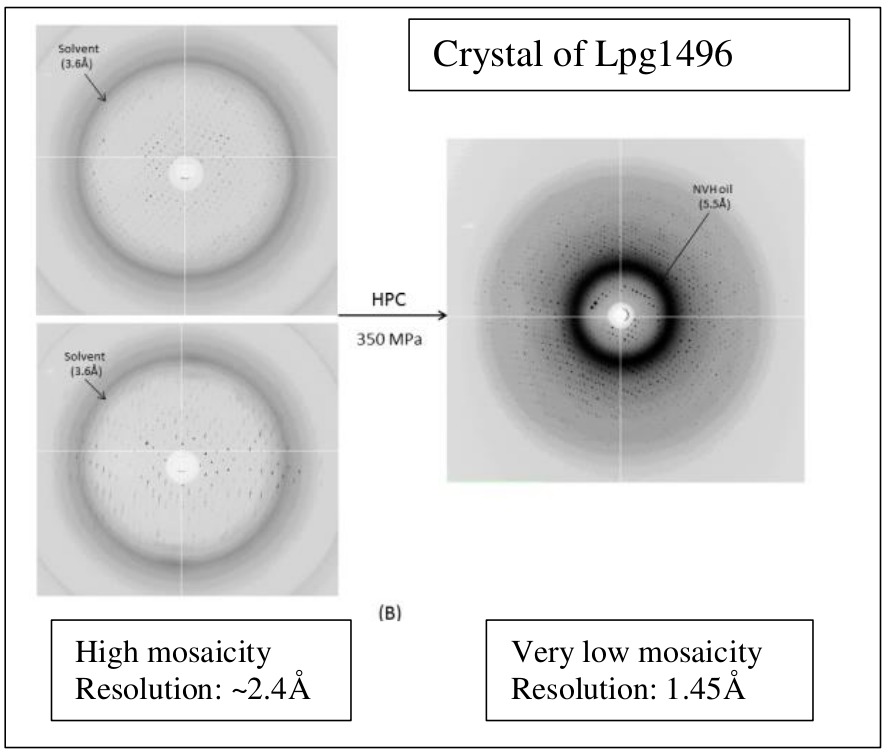 In the O-methyltransferase Calo6, the resolution improved from 3.4 to 2.3 Å and the anisotropy of the diffraction was much reduced.