CHESS was constructed in the period from 1978 to 1980 as a synchrotron x-ray facility, parasitic to the CESR High Energy Physics program. 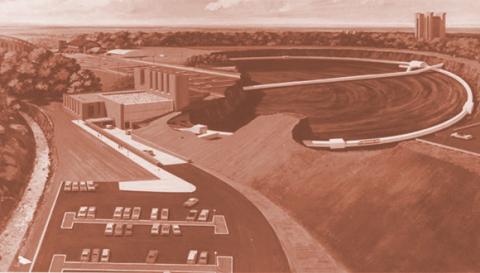 The 1960s was indeed an exciting decade in more ways than one. In particular, the Space Race to the moon captured the imaginations of everyone from astrophysicists to schoolchildren. Meanwhile, back on our home planet earth, plans were brewing to build the most powerful accelerator ever located on a university campus: a 75,000-square-foot research facility with coexisting laboratories and hazardous industrial facilities, commissioned by the National Science Foundation (NSF).

One of the primary challenges was the “energetic” nature of the accelerator—a 10-billion-volt electron synchrotron that uses a high-frequency electric field and a low-frequency magnetic field to speed up charged particles, allowing scientists to probe deep into subnuclear matter. Because of the radiation this process produces, the synchrotron had to be shielded by a barrier of earth, concrete, or steel. At the same time, the control and counting areas of the laboratory had to be suitable for human occupation and located as close to the experiment hall as possible.

The additional challenge presented was a shoestring budget to work with, given the project’s size and complexity. Some of the proposed options were 1) build the accelerator in a trench and then cover it with backfill, or 2) build a heavy structure with thick walls to block radiation. Both methods proved to be too expensive.

Enter Dr. Robert Rathbun Wilson (1914-2000), an experimental physicist and director of the Cornell Laboratory of Nuclear Studies, and along with design architect Ian Mackinlay*, developed cost-effective solutions to designing the facility. They made innovative use of existing site features and construction techniques by locating the synchrotron under Cornell’s main athletic field, where the soil was ideal for tunneling and for supporting the heavy foundation necessary for the experiment hall. They employed a used sewer-tunneling machine with a 10-foot-diameter bore to dig a tunnel that formed an 800-foot-diameter ring 60 feet below the surface and constructed the accelerator within the tunnel walls.

The overall design of the complex places 20 percent of the facilities above ground and 80 percent below. The first level of the six-story equipment tower contains the linear accelerator injection device that gives the electrons their initial push, while the remaining five levels house power equipment and cooling systems. The synchrotron magnet ring emerges from the tunnel into the 10,000-square-foot experiment hall. Adjacent to the hall is a three-story laboratory and office wing that supports work directly related to the synchrotron. The irradiated areas in the structure’s lowest level are the only ones that required the more expensive high-density concrete shielding. On October 10, 1968, this facility was dedicated “The Robert Rathbun Wilson Synchrotron Laboratory” in honor of his inspiration and guidance.

Fast forward to 1977, when a program was initiated to add an electron storage ring to the facility to perform electron-positron colliding beam experiments with beam energies extending up to 8 GeV per beam. This facility called CESR (Cornell Electron Storage Ring) was placed in operation less than two years after construction had begun. It had played the leadership role in the study of the upsilon family of resonances and the study of the "bottom" quark.

At the time that CESR was being designed, it was decided to provide a modest synchrotron radiation facility. Working together with members of the School of Applied and Engineering Physics and the Laboratory of Atomic and Solid State Physics, the CHESS facility was established. Constructed between 1978-1980 at a cost of $1.3 M, CHESS West was planned to operate as a 1,000 square foot synchrotron x-ray facility in a parasitic mode to CESR with three instrumented beam lines, A, B, and C, that provided six independent experimental stations. The management of the facility was provided through the establishment of a center under the leadership of Prof. Boris Batterman (1930-2010) as Director.

The CHESS East laboratory was added during 1988-1989, with two beam lines, D and F, and four instrumented experimental stations. CHESS East contains a biohazard level BL2 facility (built with funds from the NIH) that is part of the F1 station.

Another addition to the facility began in 1999 through funds provided by Cornell University. It is home to G-line and its associated three additional experimental stations, which were built with a grant from the NSF. The facility is operated in conjunction with CHESS by a Cornell University consortium to provide additional capabilities for experimenters. The G3 station is constructed with extensive toxic gas handling capabilities, advancing the prospects for in-situ crystal growth experiments. 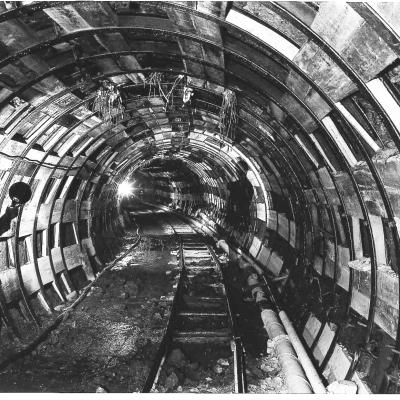 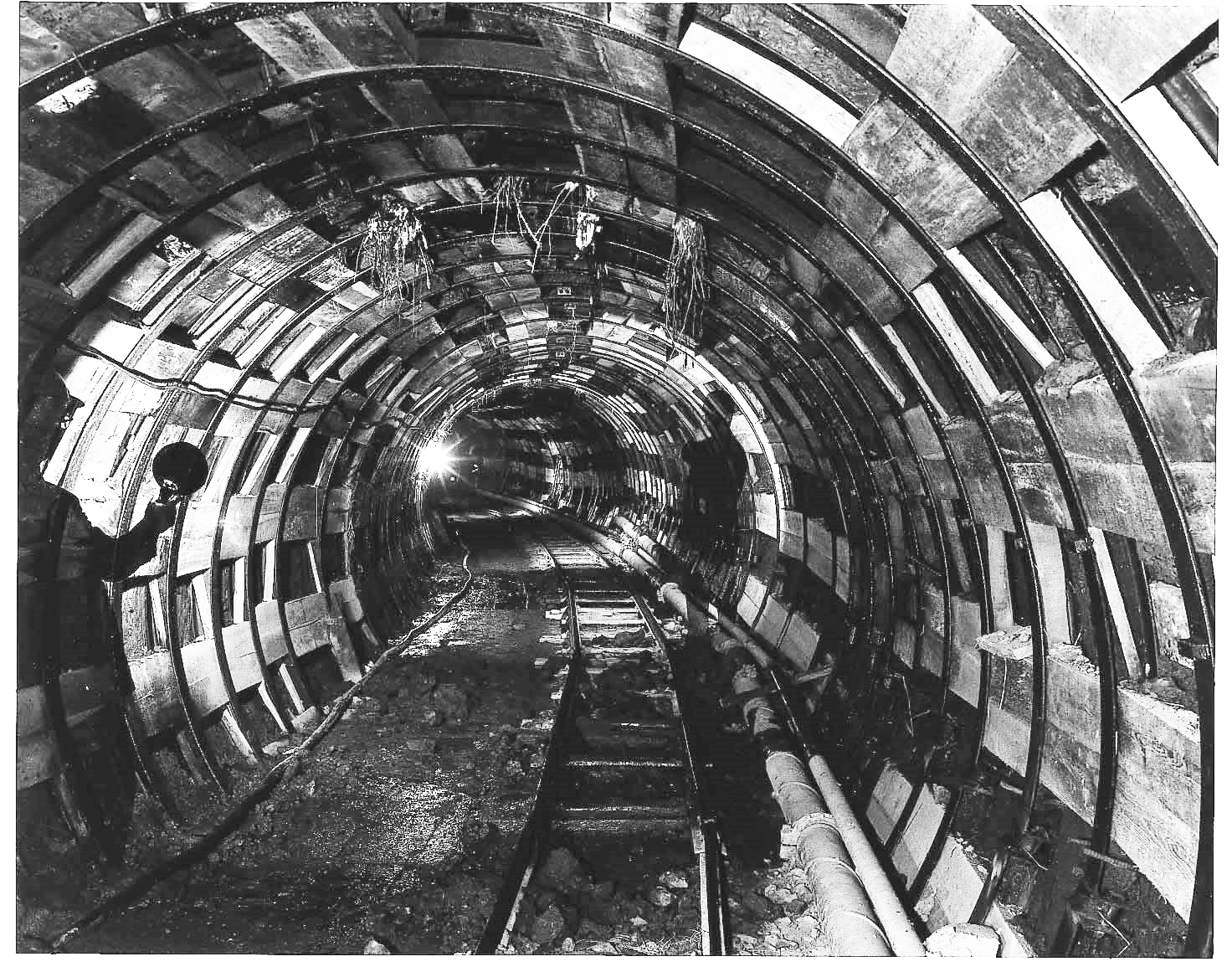 Tunnel boring begins for the Cornell Electron Storage Ring in 1966. 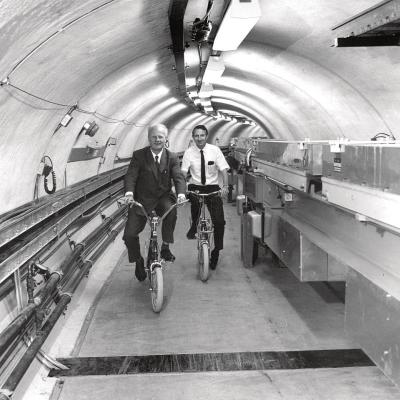 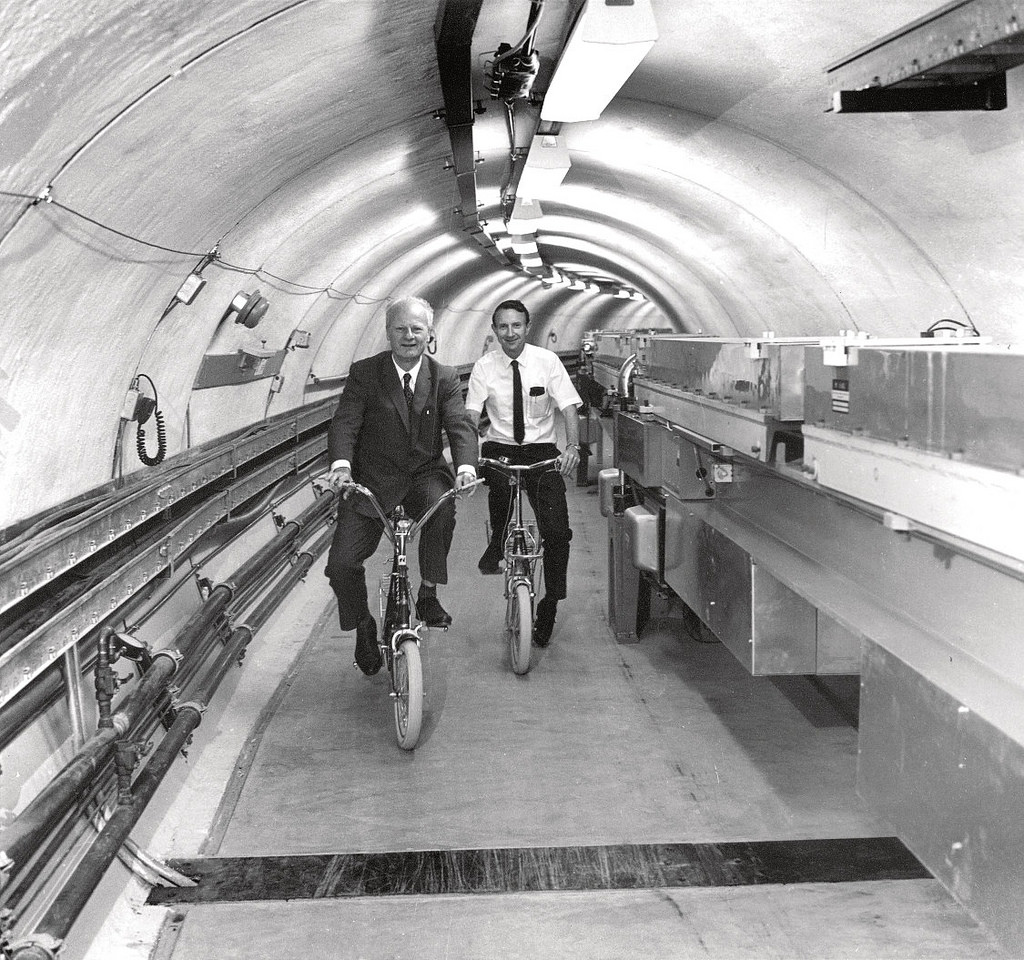 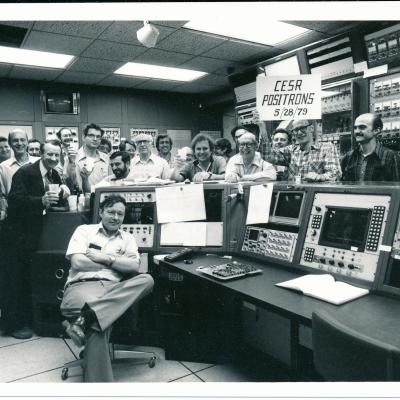 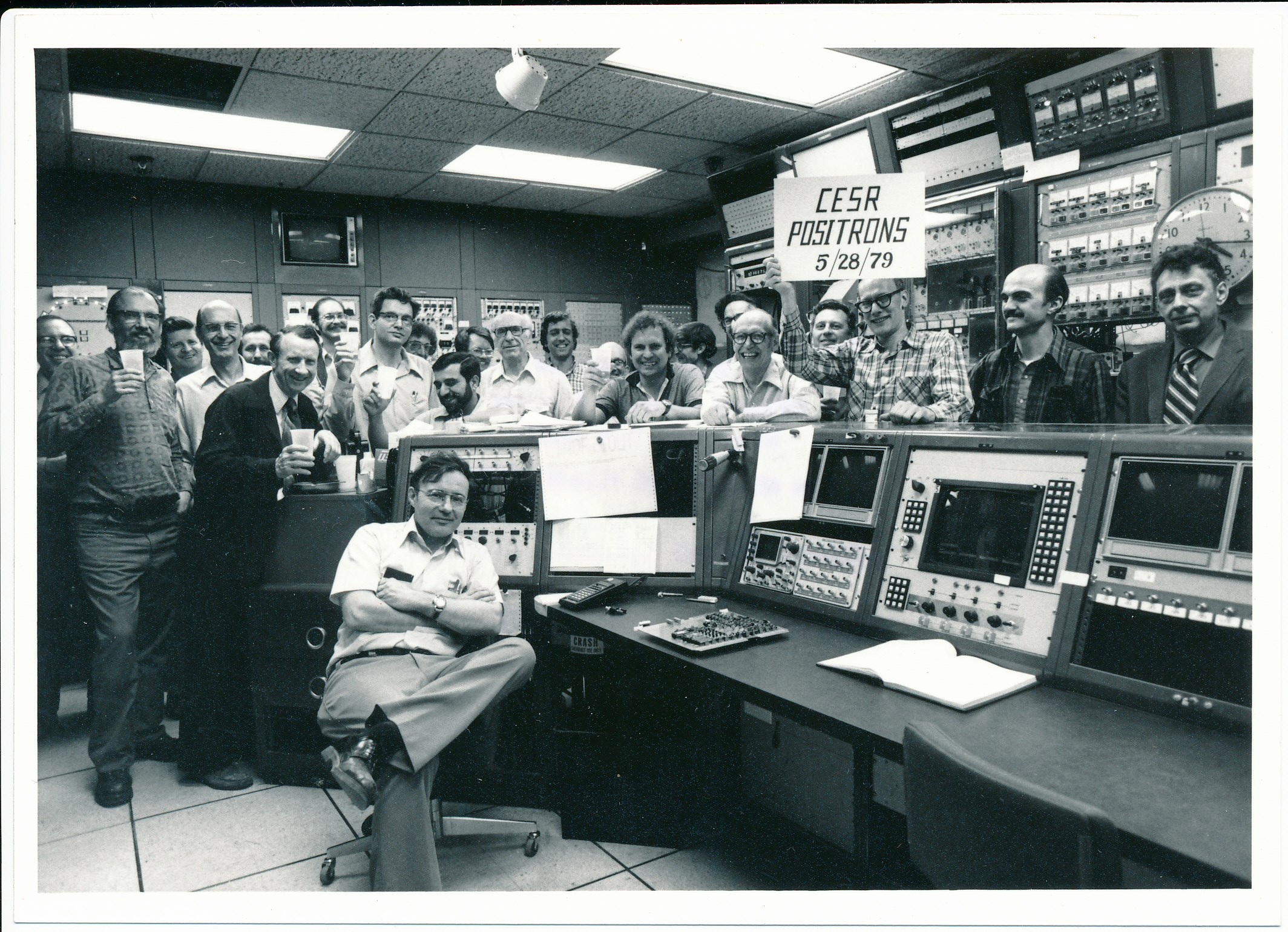 CESR researchers celebrate the introduction of positrons for particle physics in the still recognizable control room in 1979.