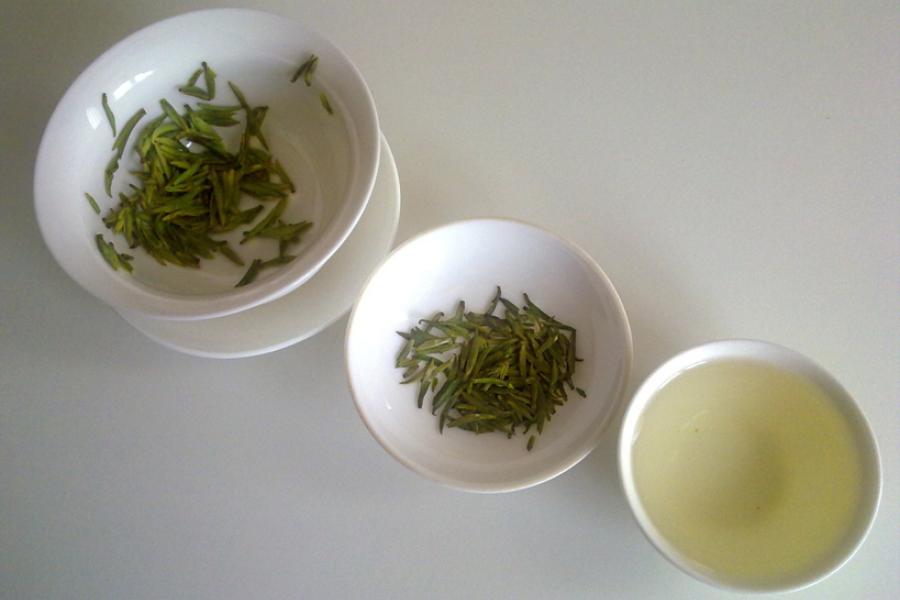 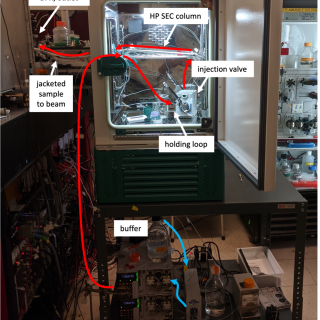 A new paper appearing in the journal “Protein Science” and authored by CHEXS-supported graduate student Robert Miller demonstrates for the first time that reproducible chromatographic separations coupled directly to high-pressure BioSAXS can be achieved at pressures up to at least 100 MPa.
Read More 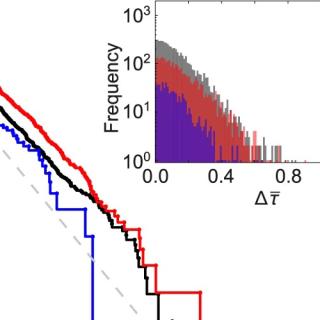 The high precision of HEDM measurements at FAST offer new insight into the microscopic processes that cause dwell fatigue, pointing toward new alloying strategies for mitigation.
Read More 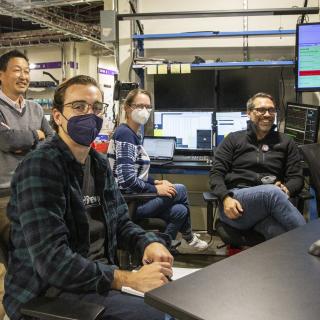 Researchers have returned to CHESS this month after a long summer of construction and upgrades to the facility. CHESS shuts down yearly to allow for machine upgrades and to beat the heat and humidity of summer, but starting back up is never as easy as "flipping on a switch."
Read More 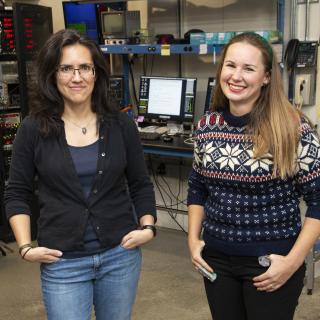 Driven by the insights from 3D data acquired in real-time, the creation of new characterization methods for structural metals has seen explosive growth over the past two decades. Using high-energy X-rays and new generations of detectors, like those available at CHESS, scientists can now extract higher-resolution information over larger volumes of material at rates that were only a dream several years ago
Read More 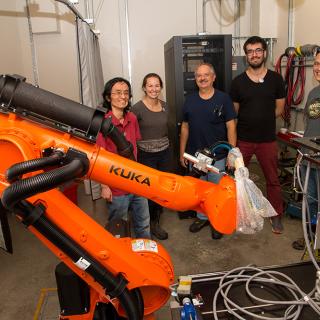 A New Robotic Arm at the Structural Materials Beamline

A new Kuka Robotic arm is the most recent addition in a series of instrumentation upgrades at the Structural Materials Beamline (SMB). One year since the robot arm’s installation, a third-party vendor visited CHESS to perform initial commissioning and safety system integration during the 2022 summer down, as planned. With these critical tasks out of the way, Drs. Kelly Nygren and Peter Ko, staff scientists at SMB, along with their collaborators, can finally start designing new state-of-the-art experiments, which otherwise would not be possible without the robotic arm.
Read More 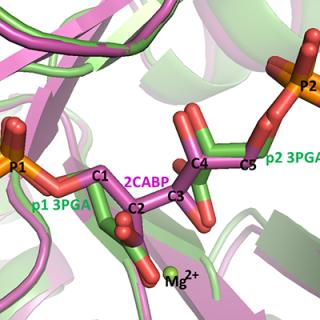 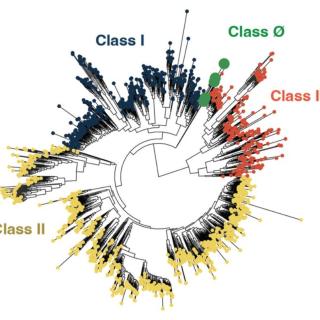 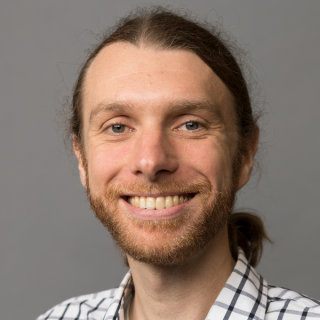 Steve Meisburger joins CHESS as a staff Scientist at the FlexX beam line.   Steve comes from the Ando Lab at Cornell, which studies how enzymes work by using a combination of biophysical and biochemical techniques.  We are thrilled to have Steve join the CHESS team!  Follow Steve on twitter: @meisborg
Read More
Subscribe to News Cornell High Energy Synchrotron Source