To receive email notifications about new press releases and features about CHESS, please subscribe to our enewsletter 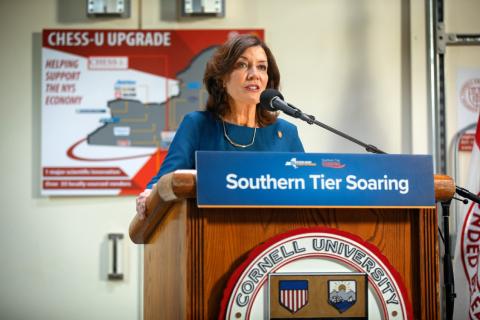 Come and see how CHESS is making the news! 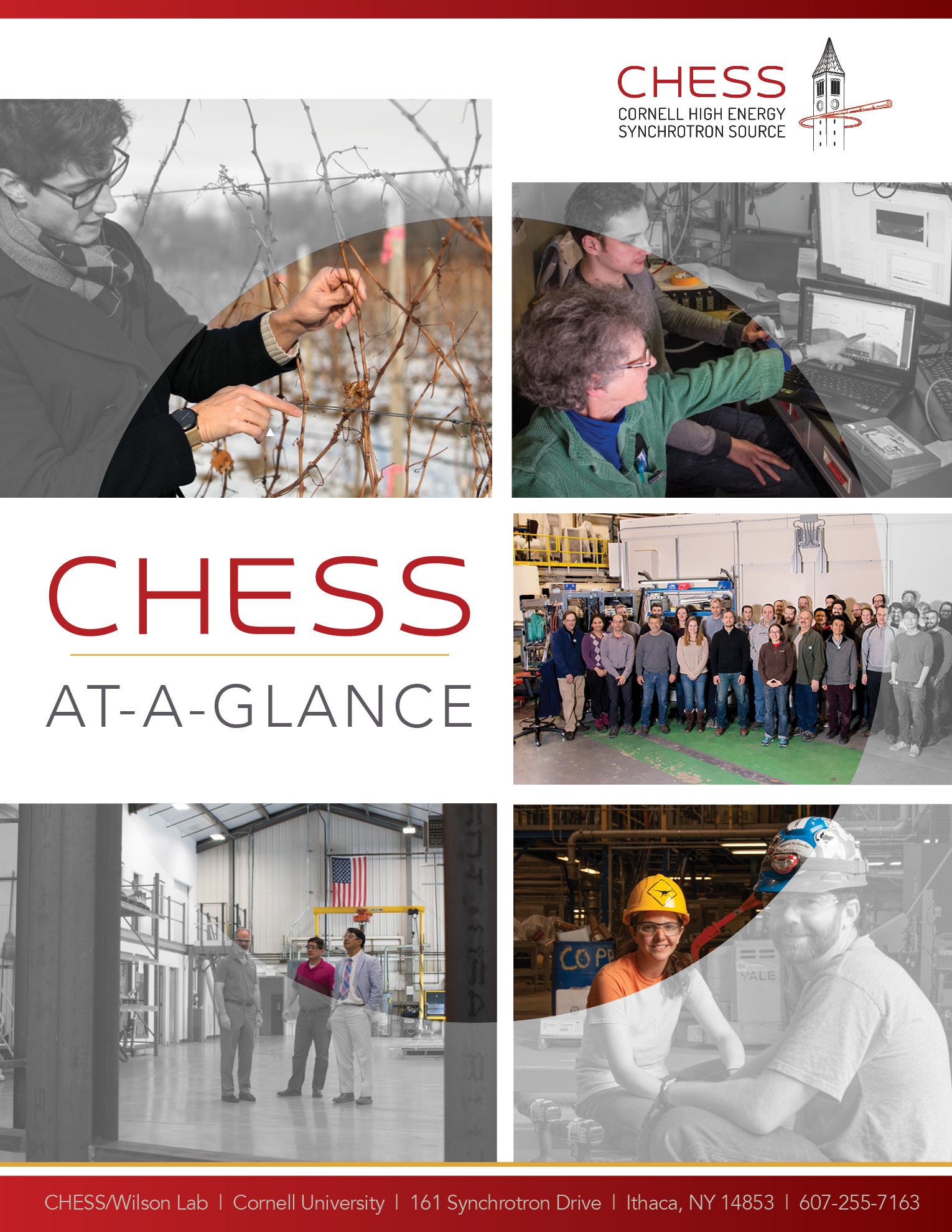 This short brochure provides an overview of CHESS, featuring facts and figures about our research, visiting scientists, educational outreach and the recent CHESS-U upgrade

Over the course of six days in September, 2017, two new hutches were installed in the L-Zero experimental hall of Wilson lab. These new hutches are prototypes and a head-start for the CHESS-U upgrade planned for that following summer. The complete structure was pre-fabricated at ADC Inc. in Lansing, NY, and carefully disassembled and transported by CLASSE riggers to Wilson Lab.

CHESS staff have been working tirelessly to get beam into the first hutch of the CHESS-U upgrade project. And they are just getting started! Here's how they have accomplished it.

Watch how an upstate machinist found his calling—and a place in the community. Every day, in every county across the state, we are helping to ensure a vibrant, healthy future for New Yorkers. https://ny.cornell.edu

The solenoid from the CLEO detector was removed from the area known as L-Zero at Wilson Synchrotron Laboratory, the former interaction point of electron and positron colliding beams. The migration of this 26-ton superconducting magnet marks the last major component to be removed from the detector as the lab prepares for its next major upgrade, CHESS-U. After months of disassembly of the structural steel, iron rings, calorimeter and interleaved muon chambers, the CLEO solenoid will soon be transported to its new home at Jefferson Lab in Virginia, where it will come out of retirement for a whole new set of experiments.

Cooper Hanley, of Fort Lewis College in Durango, Colorado, explains his experience as an undergraduate working alongside scientists from the Cornell High Energy Synchrotron Source. Cooper spent 10 weeks at Cornell in the summer of 2016 as a part of the SUNRiSE program, the Summer Undergraduate Research in Science and Engineering. An important part of the mission of CHESS as a national user facility is its role training the next generation of students to fill roles in the varied fields in science, technology, engineering and math