The Ambient Crystallography workshop, part of the CHESS 2030 Workshop series, was a resounding success. Over 100 registrants got to listen and interact with 13 leading scientists to discuss current research in structural biology and protein crystallography at room temperature. Subjects broached included probing the effects of temperature on ligand binding for drug development, temperature-dependent conformations of proteins relevant to COVID-19 research, how to effectively deal with the effects of radiation damage at room temperature, as well as serial and time-dependent crystallography at synchrotrons and XFELs.

If you missed it, you can still view the talks on YouTube! 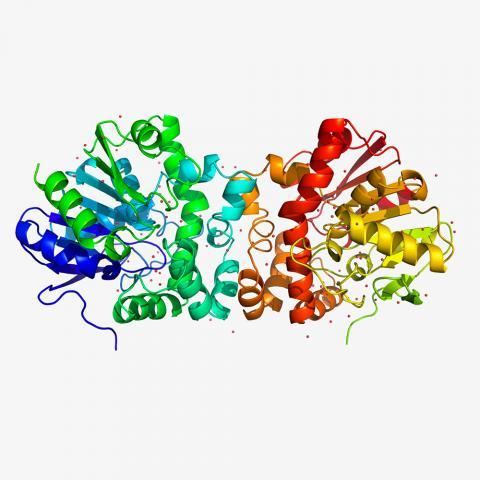 "Not much biology happens at 100 Kelvin." This seemingly innocuous statement nonetheless has potentially hard-hitting consequences for modern structural biology. The advent of cryogenic crystallography in the 1980s revolutionized the study of biomacromolecular structure, as it ameliorated the ubiquitous problem of radiation damage of protein crystals. As proteins of interest became larger, more complex, and more sensitive to radiation damage, X-ray sources at storage ring light sources became brighter and more damaging, meaning collecting data at cryogenic temperatures became the de facto standard from the 1990s to today.

This workshop will seek to answer the question: what do we gain from collecting X-ray diffraction data at or close to physiological temperatures? The advent of protein crystallography at X-ray free electron lasers reinvigorated the study of protein crystallography at room temperature, enabling pump-probe dynamics experiments and the study of extremely small, poorly diffracting microcrystals. In order to deal with the effects of radiation damage, new techniques such as serial crystallography were developed.