This is perhaps the first reported study  of  the temperature dependence of the dimensions of the high pressure unfolded state of a protein. These measurements strongly support the notion that pressure unfolded proteins do not differ significantly from proteins which are unfolded at atmospheric pressure. 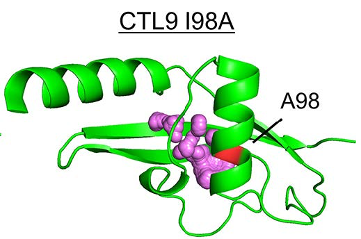 Ribbon representation of the CTL9-I98A protein | The position of residue 98 is shown in the backbone in red. The central cavity, enlarged due to the mutation, was calculated using Hollow (34) and is shown in purple spheres. This protein is a model system to study fundamental properties of pressure induced unfolding.

Developing a better understanding of protein folding and unfolding reactions is a significant challenge for structural biology. In a new paper, a team lead by Catherine Royer from Rensselaer Polytechnic Institute reports a high-pressure small-angle x-ray scattering study of the model  protein CTL9-I98A in solution, which allows direct observation of the pressure-induced unfolded state. The team was able to study the temperature evolution of the unfolded state and observe that the compactness is not significantly different from proteins which are unfolded by other (chemical) means. This observation runs contrary to expectations and prior theory, and it highlights the utility of direct structural studies in high pressure as a key perturbation for understanding protein unfolded states.

Why did this research need CHEXS?

The HPBio research program at CHEXS is dedicated to advancing knowledge in structural biology in the high-pressure regime. The HP-BioSAXS capabilities at beamline 7A1 are ideal for tracking the evolution of biomolecules in solution as a function of pressure and temperature. The combination of CHESS-U undulator beams, high-flux multilayer optics, compound reflective lenses, and a state-of-the-art in-vacuum Eiger4M detector all enable these pioneering experiments to take place.

The work was supported by an award from the National Science Foundation MCB 1514575 to and NIH grant GM 078114. This work is based upon research conducted at the Center for High Energy X-ray Sciences (CHEXS), which is supported by the National Science Foundation under award DMR-1829070, and the Macromolecular Diffraction at CHESS (MacCHESS) facility, which is supported by award 1-P30-GM124166-01A1 from the National Institute of General Medical Sciences, National Institutes of Health, and by New York State’s Empire State Development Corporation (NYSTAR). 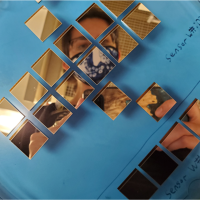